What do Cancer and Alzheimer’s Have in Common?

Cancer, Heart Disease, Diabetes, Depression and Alzheimer’s All Have 1 Thing in Common: Inflammation 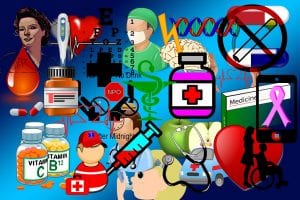 Cancer doesn’t form in your body simply because of inflammation, but we are learning that inflammation plays a critical role.

One of the things that makes cancer scary is that normal cells transform into cancer cells. In order for that to happen, there has to be a DNA Methylation or a problem in protein synthesis.

What does that have to do with inflammation?

Researchers looking at the role of inflammation in cancer development had this to say: 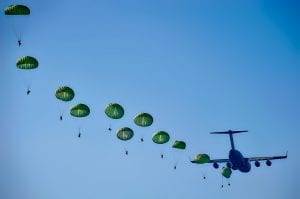 Remember our last post when we talked about acute inflammation being a good thing because it is our immune system responding to invaders or injury? Well, your immune system has a bunch of soldiers that seek out and destroy pathogenic invaders (think bacteria) when we’re exposed to the flu.

We also have soldiers that move in swiftly to clean up damaged tissue when we’ve scraped our knee. These soldiers are ‘inflammatory mediators’ and they go by a lot of names, like cytokines, chemokines, cyclooxygenase and other $100 dollar words.

But in the case of cancer, the immune cells that infiltrate tumors develop a relationship with the tumor to make the environment friendly.  Instead of fighting for “our side” it’s similar to a foreign spy developing a relationship with a key political figure.

Researchers are beginning to understand some of the molecular events that are allowing this relationship to develop.  Rosana Risques, a specialist in inflammatory processes at the University of Washington in Seattle, concludes that “it is becoming clear that chronic inflammation is implicated at every level of tumor development.” 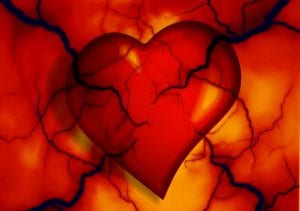 Heart Disease has multiple risk factors based in inflammation. Some you may be familiar with, such as C-reactive protein, and elevated blood sugar. Some other risk factors include dyslipidemia, autoimmunity, infections and homocysteine.

One of the most fascinating areas for me is the role of endothelial cells, which are skin cells!  We don’t think about how metabolically active these cells are, but these cells line our entire cardiovascular system and behave like endocrine cells by releasing chemicals in response to injury, toxins, or oxidative stress.

To get a sense of what this means in terms of your health, let’s look at common “age related” health issues.

High LDL (think “lousy”) and hypertension are risk factors for heart disease.  When we have toxins in our blood stream, our epithelial cells will respond by releasing chemicals that begin an inflammatory process.

This can lead to increased adhesion molecules, clotting, decreased vascular tone (think hardening),  angiotensin (a hormone that causes vasoconstriction), and several other components necessary for the development of congestive heart failure and hypertension.

In other words, there is injury to the cardiovascular system. What happens when you have an injury? Immune response, right?

Having high cholesterol or high blood pressure is your body’s immune response to injury of the cardiovascular system.

Many people, and many traditional doctors look at the symptoms and treat them. We functional health practitioners know that rather than merely treating the symptom, it is important to find out WHY blood pressure is increasing or WHY blood fats are going up and address the underlying cause.

Diabetes, obesity, and inflammation go together like the three musketeers!  In fact, it’s hard to tell which came first when addressing Type 2 Diabetes.

Did you know that the fat around your belly is not just a lump sitting there? It actually works like other organs in your body. The fat actually starts producing hormones that disrupt normal hunger and satiety signals.

The connection between obesity and Type 2 Diabetes isn’t a new concept, but even Type 1 Diabetes has an inflammatory component.

Of course, it’s the comorbid conditions of diabetes that are so horrible: neuropathy, heart disease, kidney disease, blindness, amputation, auto-immune disease such as Hashimoto’s thyroiditis, arthritis, gum disease, and depression. 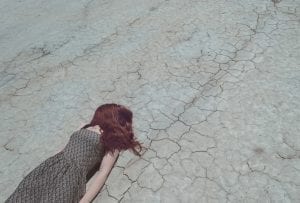 That last one might come as a surprise. Some people assume that depression follows diabetes. Not so, according to Drs. Pizzorno and Murray:

“clinical depression can begin to occur even years before diabetes is fully evident and is difficult to treat in poorly controlled diabetics.”

Depression is not something we think about when we are talking about chronic disease, but they can go hand-in-hand.  It comes along with each of the major diseases and is becoming more of a problem in youth and in our region of the country.

Dr. David Perlmutter is a Nutritionist AND board certified Neurologist, who has written numerous books on how we need to change our diet. Dr. Perlmutter discusses the connection between brain inflammation and Alzheimer’s Disease.

With the pervasive impact of inflammation driven diseases in the US, we need a better approach. Stay tuned for our next installment for how you can help your body in the fight against inflammation.